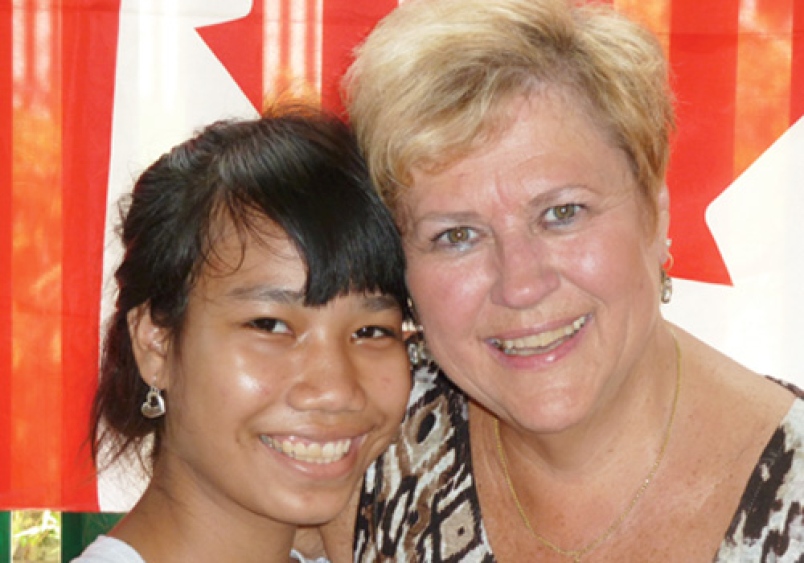 A Kamloops charity that helps orphaned children in some of the poorest communities around the world is preparing for its next humanitarian mission. And it’s a big one.

This spring, directors and volunteers with International Humanitarian Hope Society travel to Sanya, China, to help an orphanage dealing with a potentially crippling influx of orphans.

“They’re going from 36 children and, actually, almost doubling – another 30 are being added,” said Evelyn Picklyk, founder and president of International Humanitarian Hope Society.

“So, we’re going there because this is a huge leap to transition to, almost doubling.”

Picklyk said it’s not unusual for orphanages in remote or underdeveloped countries to be overcrowded, particularly those that specialize in caring for children with physical or mental challenges, as is the case with the Sanya orphanage.

“People find out about an orphanage like this that handles these types of children – and, of course, the government doesn’t give any subsidy for that kind of thing – and, you know, they just . . . lots of them are dropped off on the doorstep,” said Picklyk.

“They’re transitioning over now and the next few weeks and we want to be there to help them.”

Picklyk has an empathy for orphans. Her father, John Dilk, who passed away three years ago, was orphaned as a baby in Manitoba, and his tales of hardship were seared into her memory at an early age.

“He was a great man,” said Picklyk. “Back in those days, when you were an orphan, it was a little different; you were taken into a home and the treatment really wasn’t that great. So, he told us many stories of survival.”

It was a natural fit for Picklyk, one that combined her Christian faith with her desire to help the world’s forgotten and abandoned children. It also gave her a chance to put her 23 years of travel-agent experience to work.

Today, her faith-based charity is as active as ever, assisting 10 orphanages in six countries.

One of those projects includes the construction of a medical centre in a Nairobi slum, which should be finished this year.

Other ongoing projects are taking place at orphanages in India, Thailand, Vietnam, Cambodia, China and Africa.

The orphanage expansion project in Sanya, China, will see Picklyk and her team of volunteers return for two weeks in March.

In the meantime, International Humanitarian Hope Society continues to collect funds for the orphanage and for the medical centre under construction in Nairobi.

On Saturday, the group is holding a silent auction at Bible Truth Church, 1099 Fraser St., at 7 p.m.

All money raised goes directly to those projects.

Everyone is invited to attend. For complimentary tickets, email Picklyk at evelynp@humanitarianhope.com.

The Right Way to Gift Money to Your Kids

The Pros and Cons of Waiting to Have Children